Soundcodes are short musical sequences (melodies) that function as a language that the body, mind and soul are able to understand.

You can sing them out loud, and it is also possible to just „think“ them or sing them internally.

They are able to inform every other layer of your system including emotional, mental and spiritual bodies. They work for humans as well as animals, especially mammals. They are powerful instruments of self-healing – and as I said before, you do not need to be a singer to use them, because you do not need to sing them out loud.

Most of the problems you see in humans and animals are multidimensional; similar to the way mainstream medicine talks about psychosomatic diseases. Soundcodes are able to work on all levels at the same time. That seems to be an extraordinary factor and one that is not present in most healing modalities.

At the same time they are safe, because no physical manipulation is occuring through the Soundcodes. The body decides all by itself, how, when and in which capacity it will receive and use the given information. 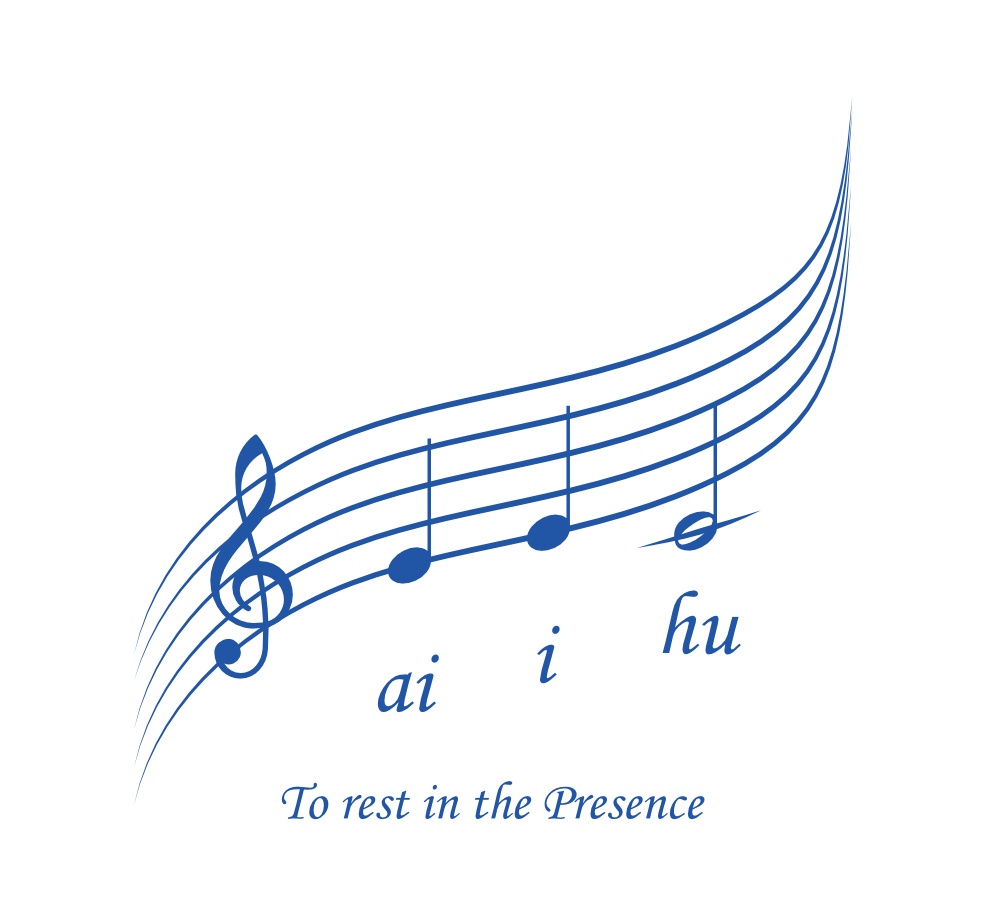 Soundcodes are universal tools and can be used in almost every situation.

Soundcodes, that work in a universal field such as „State of love“, „Transformation“, „Release Trauma“

Soundcodes, that are meant to work on the physical level and inform specific parts of the body, •    such as „muscle relaxation“, „Atlas“, „Heart“, „Kidneys“

Soundcodes, that are  geared towards the psyche, such as:“healing heartbreaks“, „letting go“ .

Soundcodes for the energetic system, such as: Meridians and Chakras 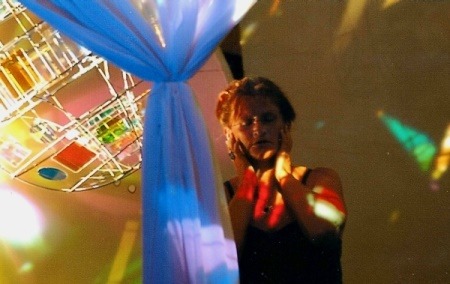 Generally speaking they can be used in any area of life.

They are meant to work in a universal sense however, which means that they are not to be used in healing specific diseases. MDs, dentists and similarly licensed health professionals are the ones to seek for healing treating.

Some time ago I worked with somebody who has the special ability for absolute or “perfect” pitch. He told me that I am actually singing in the 432Hz musical scale and the intervals I am using are in the natural overtone scale. I had not been aware of that.

Then I found out, that the people I train start to sing in that scale, even when as musicians they are used to singing in the well-tempered scale of at least 440Hz. Amazing!
There is a lot of research going on related to this right at this time. Bees for example react very distinctively to the frequency of music played for them. They are either aggressive/restless or relaxed/ harmonic in their behavior, according to the frequency. Solfeggio frequencies seem to induce harmony and ease tension. Body and soul are vibrating together in harmony.

I experience and also from my trainees, that people and animals tend to go into a mild healing trance when receiving soundcode work. 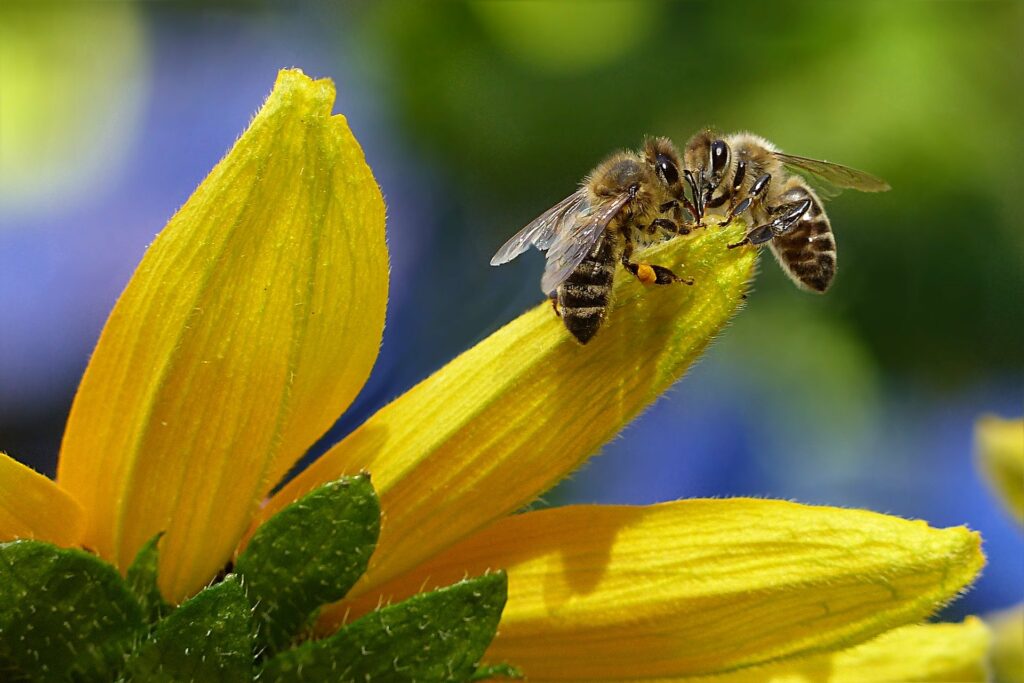 I had this beautiful experience when sitting amongst a group of beehives, noticing how my singing and toning was lovingly received. The bees answered with a very harmonious humming. It was extremely fascinting how my singing, my open heartedness and their buzzing noises worked together and created a very healing harmonious field around us.

The beings behind the Soundcodes

A report by Heike Michaelsen:

Already when I had heard about the Soundcodes in the interview with Michael Vogt, something in me seemed to remember that mankind has been working with this kind of healing over many long periods of time (I had to think of Atlantis immediately). During the session I was able to feel this memory on my own cellular level.

The physical changes were phenomenal right after the session. I felt a soft, deep, and quiet relaxation in the entire neck area, as if at last peace has returned. There was no trace of tension in the head or shoulder area. Breathing was much more relaxed and deeper.

But what impressed me far more than the physically tangible changes is the energy that I could feel standing behind every Soundcodes and effects everything. It was like being touched by a long-forgotten force that was available to mankind long ago and is finally available again. How long have we been waiting to connect with her again? Now the time is right to reunite with this profound energy.

Also, I got a new understanding for the Sounds of some shamans , who probably could preserve fragmends of a similar knowledge.

The Soundcodes
My feeling about the Soundcodes is that they are a sort of sequence of sounds or vocals – much like a phone number. A Soundcode is an agreed code – like a universal telephone number – for the individual human to be able to invoke a being beyond his imagination.

When a person sings, hums or thinks this Soundcode, the essence comes to him and affects what he wants to be affected or healed. A healing process is starting to happen, a kind of structured order, which to me seems to be only a side effect of the treatment itself, since the healing is not the main thing what it is about, but the Connection. The healing happens just by itself, like a nice side effect that comes out of the connection. In reality the main focus seems to be becomming connected again to the All-That -Is and working on the consciousness itself.

The beings behind the Soundcodes
The Soundcodes are the tools for calling the beings connected with these Soundcodes. I do not know if the essence of a Soundcode is just one being, or if there are many beings in one … merging into a big one – ALL IN ONE. I have the feeling that these beings come from the deepest depths of the universe and they are as old as the universe itself. They can be called in with the appropriate Soundcode from the most remote corners of the universe and they are present within a snap of the finger. They can effect in infinite love what they were called for. The concept of “infinite love” is not really able to describe their greatness. Even the greatest wisdom known to us can not properly describe what they are. It seems they are selfless in their work, yet they are self-sufficient at the same time. They are flowing energy, like a river … theirs is the power of the flowing as well as the river itself.

They are the oldest of the most ancient beings, but they are not angels and ascended masters … they are what the angels and the ascended masters work with. They are the healing flow itself without materializing, yet they find their expression in any matter. They are like an energy field or an energy being without being tangible,touchable or describable. They are not even God or the Source, they are what is behind all this. We can call on them, with all kinds of soundcodes. For everything that is, there is a universal code. This is a never-ending unwritten law.

As I became aware of all this, I felt a yearning to work with them … every day. At that moment, nothing seemed to bother me more than calling them anew every day, playing with them, letting everything flow through them. It became clear to me that healing in all of this – as I said – is “only” a “side effect”.

And then I realized that my Lyme disease had only been a means to lead me to get aware of them. Most probably it is the same with every illness. The disease only manifests itself when we are separated, not in unity with the What-Is. Once the connection is made, the disease has served its purpose. That’s why it can dissolve then. And again, a memory struck me that we, thousands of years ago (perhaps at the time when Atlantis got distroyed) had agreed to a sign to rerecognize each other, and this sign happened to be the lyme disease. That’s why it was not able to be cured until I got connected to the beings standing behind the Soundcodes.

A deep gratitude flowed through me for now being back in touch and at the same time a deep urge to actively reconnect with them.”

Go to media library and listen to more soundcodes

Here you can find my Telegram channels

This is an information channel for those interested in the Soundcode work. Interviews and videos are shared, as well as short information about events. Questions can be asked in the chat.